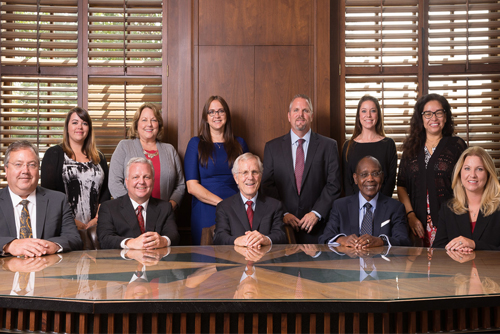 Norman & Edem is a nationally recognized law firm that protects the rights of victims of automobile and truck accidents, medical malpractice, dangerous and defective products and drugs, airplane crashes, as well as financial crimes. For several decades, our law firm has remained in the center of the battle against corporations, governmental entities, as well as individuals whose conduct disregards the safety and well being and harms consumers.

In a series of three cases ending with Vanderpool V. State Of Oklahoma, we were successful in eroding and ultimately ending the doctrine of sovereign immunity which had previously protected the state from any claims against it based on its own negligence.

In Lee V. Volkswagen, we were instrumental in establishing crashworthiness law in Oklahoma whereby car manufacturers are required to make cars that protect occupants in crashes.

We have also continually engaged in public service, employing at risk youth as summer interns and establishing the Norman & Edem professorship in Trial Advocacy.

The reach of our law firm is not just statewide but national. Very often, we have been called upon to handle cases not just at home in Oklahoma but in many other states throughout the country.

Our lawyers are completely dedicated to advancing the public good while giving top notch legal representation that is fearless and cutting edge. We have handled cases against powerful entities such as government, manufacturers, trucking companies, hospitals, banks, and individuals.

The reason people hire us is that we deliver results.

Recently, we have added another service by working alongside families in crisis. We now have a section dedicated to family law and offering a range of services in divorce, child custody, prenuptual agreements, domestic abuse, and legal name change.

Our partners, Emmanuel Edem and Bradley Norman recently obtained a two million dollar verdict in Oklahoma County District Court in favor of the estate of a Korean war...