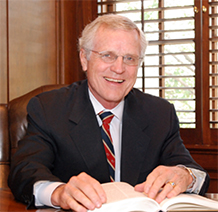 Oklahoma City personal injury trial attorney John W. Norman is a member of the Inner Circle of Advocates, a group of 100 of the top plaintiff lawyers in the United States. Invited to join the Inner Circle for his outstanding result in trial and on appeal in Lee v. Volkswagen, 1986 OK 48, 688 P.2d 1283, Norman said, “Being able to share experience, skill and knowledge with other Inner Circle members is like being in a national law firm with 100 lawyers.” The Lee case established in Oklahoma the law of crashworthiness, which holds a car manufacturer responsible for injury or death caused by a vehicle defect. Tom Lee, a 16 y/o paralyzed from the neck down, received compensation for his damages, and the new law encourages manufacturers to provide better protection in crashes. Earlier, Norman had won at trial and on appeal Fields v. Volkswagen, 1976 OK 106, 555 P.2d 48, where the ignition locked the steering wheel in operation. Fields also established a number of new laws to hold manufactures responsible. Mr. Norman says, “The law is never settled until it’s settled right.”

Mr. Norman is also listed as an Oklahoma “Super Lawyer”, and rated AV – the highest rating by the Martindale peer review system.